The map collection is fortunate to have many maps produced by the Directorate of Overseas Surveys (DOS) between 1946-1985.  They were donated by the DOS, mainly in the 1950s and 1960s.

The Directorate of Colonial Surveys (DCS) was founded in 1946, and re-named as the Directorate of Overseas Surveys (DOS) in 1957.  At the end of the Second World War there was a surplus of both surveying and mapping equipment and of people leaving the various mapping units of the British Army; and at the same time a need for maps to aid development in the colonies.  When these countries became independent, this meant there was the basis for a survey organization already established within the civil service, and the DOS was available to give further support.

Our holdings cover parts of Africa, Asia and the Caribbean, and the majority are topographic series, at scales between 1:50 000 and 1:250 000.  In many cases we will have several editions of the sheets, so changes to infrastructure, land cover, urbanisation etc. can be followed over the years.  Thematic series and individual maps may also be held, including geology, land use and soils.

Example:
One of the first surveys undertaken was in the Gold Coast (now Ghana), to provide base mapping for the Volta River project, a scheme to provide hydro-electricity for a new bauxite industry (Macdonald, 1996).  These maps are held in our collection as either 1st or 2nd editions and show the area before the reservoir was created.

Sebert, L.M. (1985) Review of  ‘Mapping for development: the contribution of the Directorate of Overseas Surveys’ by Gerald McGrath. Imago Mundi 37. 109. 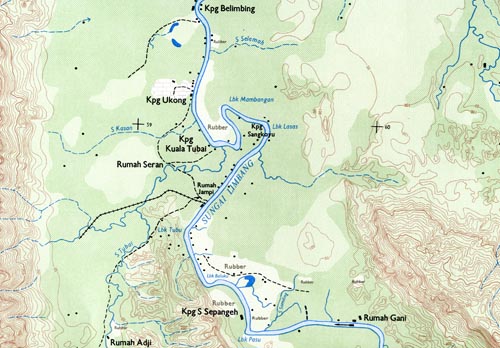 This extract is from  sheet 4/114/8 Danau-Ukong of the Sarawak 1:50 000 series, DOS 434, published in 1963. Relief is shown by contours, and land use is indicated eg rubber, jungle, area of shifting cultivation, swamp.  Roads are classed by driveability - this extract has only tracks and footpaths. 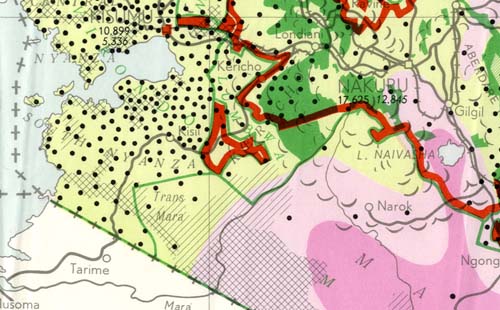 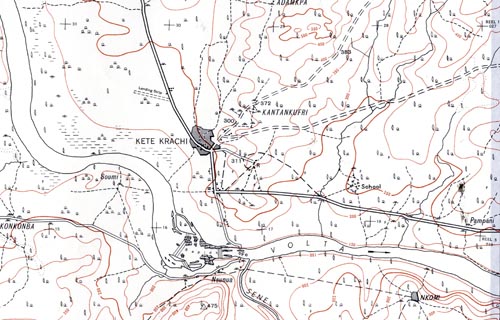 This extract of the town of Kete Krachi in Ghana is from sheet 220 Gold Coast, D.C.S.14, 1:50 000, 1st ed., preliminary plot.  It was published by the Directorate in 1953.  Relief is shown by form lines, and the type of vegetation is indicated, as well as roads, tracks and buildings.  Areas liable to flood are shown, and today the town stands at the edge of Lake Volta, created in 1965 after the construction of the Akosombo Dam. 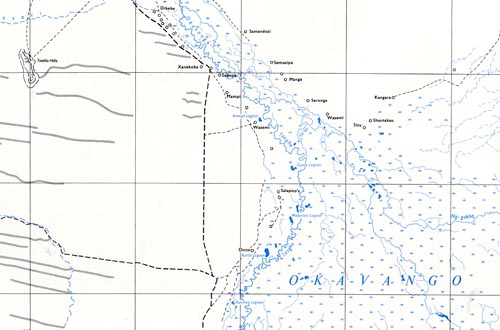 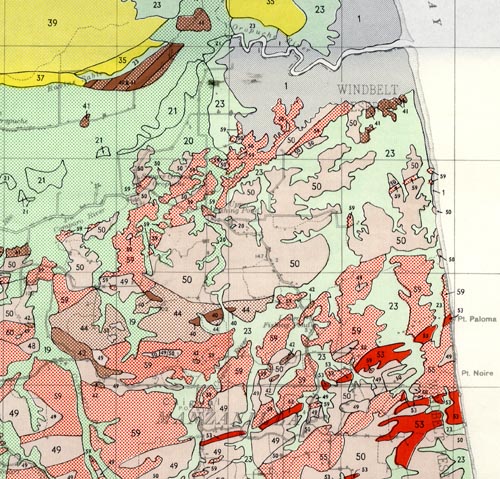 This extract is from the Soil map of central Trinidad, DCS (Misc) 55, published in 1954.  Soils are assigned to one of six groups, depending on the terrain; so greys are low flat lands (swamps); greens are intermediate height flat lands; blues are high flat lands (not shown); yellows are undulating lands; browns are rolling lands (low hills); and reds are steep lands (central mountains).  Within the broad groups, soil types are numbered and defined by texture and drainage characteristics.