Tourist maps give an insight into changing patterns of tourism in the last 150 years or so, as well as showing how the way tourism is depicted has changed.

This type of map started to develop in the second half of the 19th Century.  Sport and tourism clubs such as the 'Alpine Club' or the 'Touring Club de France' promoted tourism and sponsored maps in selected areas.  Often, when visiting relatively remote areas, it was difficult to plan transport and accommodation, so maps which indicated railways and villages where accommodation might be found were very useful. They tended not to have extra ‘tourist’ information added, but were basic topographic maps marketed for tourists.

Later, pictorial maps showing sites or buildings of interest, which may help the tourist plan their visit became popular.

We have a few pre-World War I maps specifically aimed at tourists:

There was an explosion in tourism at the start of the 20th Century, despite the interruption of two world wars:

Post 1950 tourism expanded as people in Western Europe (and North America) gained more money and leisure time, and more remote areas of the world started to be opened up to tourism. This created a market for maps of these areas, and these were increasingly published in English or other European languages:

The twentieth century also saw the emergence of specialist tourism maps eg maps of waterways, or aimed at cyclists, hikers or skiiers as well as maps for the traveller in general eg road maps, urban plans: 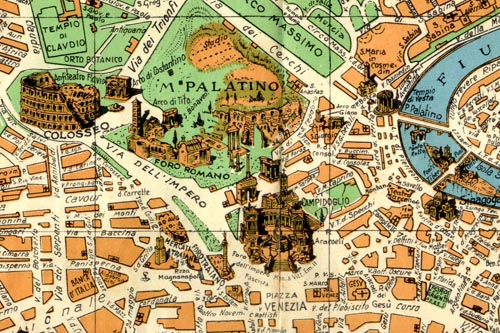 This street plan of Rome shows important buildings as pictures within the map. 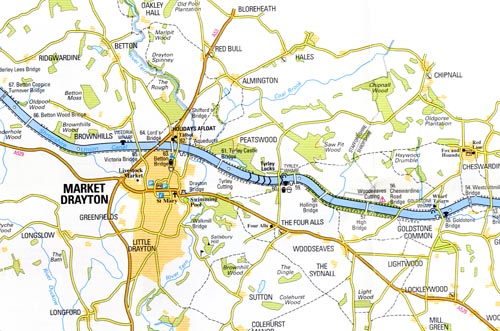 This map was published by GEOprojects (UK), with the co-operation of British Waterways, in about 2000, and a scale of approximately 1:60 000.  It shows information for boat users, including locks, turning points, towpaths and mooring points as well as general and tourist information, such as built-up areas, pubs, roads and footpaths. The map is confined to a strip either side of the canal.  It includes enlargements of towns and other useful information eg. marina and boatyard facilities. 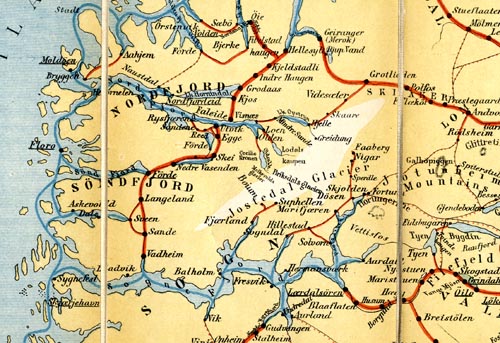 This English language map was published by Bennett's Tourist Office in Christiania (Oslo) in 1895.  It shows major and minor posting roads (solid red lines), steamer routes (blue lines) and bridle paths (dotted red lines) as well as railways.  The text includes information about telegraph and telephone stations and tables of distances and travel times between places. 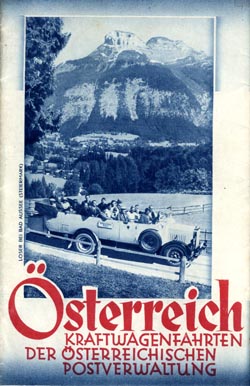 This map shows the network of postbus routes in Austria in 1934, and how they link in to the rail network.  It is lavishly illustrated with photographs of beauty spots, often with a charabanc (an early motor coach) full of tourists in the foreground 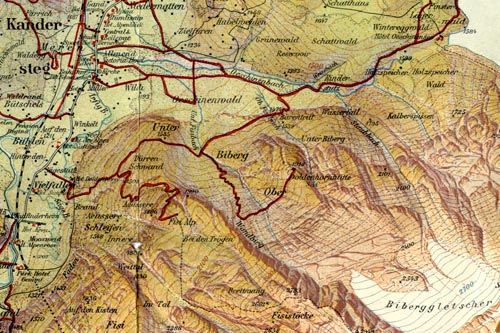 This map of the Kandersteg area, Switzerland, was produced in the 1920s for walkers by the local tourist office, and published by Kümmerly & Frey. The scale is 1:30 000. It is a topographic map with relief, glaciers, roads, railways and built up areas.  In addition it shows marked footpaths and hotels, and there is also an overprint indicating the colours of the route markers. Similar maps were produced for popular areas all over Switzerland, and some also showed ski-routes. 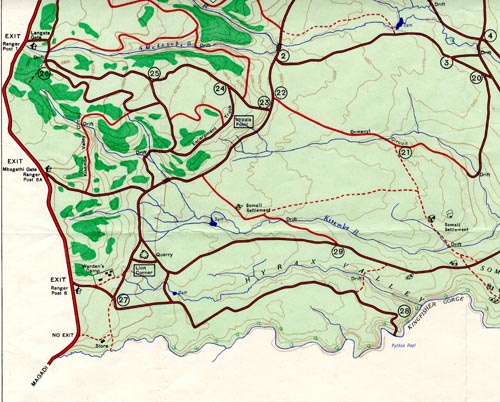 This extract is from a 1:30 000 map of the Nairobi Royal National Park published in 1956, by the Survey of Kenya. It aims to help the tourist navigate within the park, so shows forests, roads and tracks, signposts landmarks (eg Lion Corner, Warden's Camp) and settlements.  The legend is decorated with a photograph of a lion, and there is an accompanying list of mammals and reptiles, classified by likelihood of observation.